Salient is an excellent design with a fresh approach for the ever-changing Web. Integrated with Gantry 5, it is infinitely customizable, incredibly powerful, and remarkably simple.

Resources for your next project.

AutoDesk CAD Files with all of our product details.

The Metal Roofing Channel shows how to install a pre-fabricated roofing curb from Roof Products, Inc. 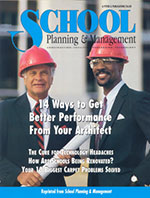 It doesn't matter that you've installed the highest-quality roof if you use the low-quality or improperly installed roof curbs.

It took a hailstorm in Sherman Texas (a suburb 50 miles north of Dallas, population 32,774), to call attention to the sad shape of the roof covering the town's high school: The 20 year old roof was built almost dead level, so water pooled in pond-like areas atop this flat as a pancake design. The hail damage only intensified the deterioration, and the entire covering leaked like a sieve onto the people below. The solution was to rip away the existing roof structure and rebuild, creating helpful drainage slopes along the way, as part of a total renovation project.

But another potential disaster loomed to trap unsuspecting facility managers. That's because a new roof automatically demands new curbs;the square metal boxes that surround any penetration (e.g. a stack from the bath room, a vent. the HVAC unit, skylights) to keep the structure watertight. In fact, according to Robert Banicki, president of Roof Products Inc,. a majority of leaks stem from improperly manufactured or installed curbs. "A lot of the industry says that's nothing but a square piece of metal. so anybody can do it" Banicki explains, Ahh, if only it were that simple.

Curbs must be designed to follow the slope of the roof to let water run off and to keep mounted equipment level. they must be structurally sound so that fewer angles are required to support weight. Curbs should be insulated and minimum of eight inches above the finished roof.

Sherman Independent School District officials certainly were in favor of doing the job right the first time. "We needed roof curbs that met our design requirements and worked with our new roofing insulation." says Weldon Nash, principal of JPJ Architects (Dallas), the firm the school board contracted to lead it through the roofing maze. "Sometimes the curbs that come with the equipment don't feature welded corners or metal that 's heavy enough." And even after they district chose to take the custom route, the contract bid was more than , $14,000 under their budget, averaging $5.91 per square foot of the 266,567 square foot space it had to cover.

"The roofs of America are in bad shape, especially schools," says Banicki Even the Government Accounting office concurs, according to it's 1996 School Facilities: Profiles of School conditions by state: Condition of America's schools report, 27 percent of American school roofs are inadequate.

Why Your Roof Leaks

The problem is twofold, Banicki points out: First; equipment manufactures build curbs that fit their units, but not necessarily your roof type. For example, a rubber, or single-ply, roof doesn't require a cant (a beveled support). A built up roof does. The reverse id also true: A general contractor usually builds curbs to roof opening size and not to actual equipment size, often using scrap material lying around the job site. This leaves a large gap between the roof curb and equipment that issues an invitation for water to seep in, soaking and staining ceiling tiles. Should contractors rely on tar and pitch pockets to meld everything together, the tar cracks in cold weather or turns to goo in the hot sun, and the school is back to square one: leaks in the roof.

Second, in the complicated world of architects. supervisors, contractors and vendors and construction lingo, everyone assumes curbs are the other guy's baby - and school officials are left paying the bill. For example, Banicki says, the pre-fab curb manufacturer often believes the roofer will provide insulation, a cost the roofer figures in at $20 a foot, minimum. And if the insulation is installed improperly on the inside face instead of enclosed inside the curb walls, the hot air in the building meets the cold curb and creates condensation. Eventually, water drips on the inside of the curb and into the building.

However, administrators rarely have the technical background to clarify conversations that include details such as, "in between the bar joists, you must add reinforcing angles to tie it together. But when the curb is strong enough, if it touches members or even hangs out 3-1/2 feet on either side, it doesn't need structural angles." The Key becomes basic communication, which is why Sherman High School and the district's subsequent seven elementary schools roof repairs clocked in at 3.8 percent under budget, have become models of how to communicate.

"One of the real interesting stories about this project is the fact that the building renovation, including the design of the new HVAC system, was preformed by another architect," Nash points out. JPJ then served as the designated architect for the roof. and the school board drew up a special section in the specifications to make it clear the separation between responsibilities. The result was similar to having a cardiologist treat a heart attack rather than passing off the emergency to the neurologist on call.

"Roof curbs belong under the architects' domain, pure and simple," Banicki says. "He's the boss who should take the bull by the horns and say 'I don't want junk.' And when the custom folks are invited early in design, we don't sit on our thumbs. We find out which fans and rooftops the mechanical contractors are buying so we know how to fit the curbs." Also, the off-the-shelf manufacturers' curbs are shipped with the equipment, a ticklish problem since they may not be on site when they are needed.

"If our work had been provided by a roof consultant who wasn't also a knowledgeable architect, the coordination would have been much more difficult." Nash agrees. "Because we were familiar with what the other architect would be doing, we could anticipate a lot of problems and head them off."

How to Insure the Right Fit

Facilities managers should request that curbs be spec'd only in section 07720, roof accessories, under the architect's responsibilities, according to the Construction Specifications Institute. It's also a good idea to add a footnote in the skylight and HVAC sections: "All curbs are specified in section 07720." Facilities managers can breathe a sigh of relief at this point, knowing they've laid the foundation for an effective, less expensive roof.

Even retrofits can be cost-effective if the district starts with the same step as in new construction: Call the architect. "The worst thing school districts do is get six bids," Banicki warns. "They get six roofers, A roofer knows his felts (lingo for roll roofing materials), but sorry , he doesn't know curbs. If you tripped and fell dead. he'd roof right over you."

The answer to fitting a round peg in a square hole is often an adapter, costing anywhere from $475 for a 15-ton unit to $3,000 each for the more complicated solutions. However, a pre-fab curb solution in this case often doesn't require a roofer or a general contractor - just a mechanical contractor to tie the unit to the adapter. Walking the roof with the architect outlines the situation - and custom adaptations average one-third the cost of forcing pre-fab curbs to work. it's rare that a school must rip our the current curb and start from scratch. Banicki assures, which means the job can be completed while school is in session.

Even if there are no penetrations on the roof, it will eventually leak because the felts don't last forever. "But when someone says. 'Hey, I have pre-fab curbs and it still leaks,' I suggest he or she grab a ladder and climb up to the roof." Banicki says. "Many times, when someone services a machine, they leave the door open where the filters are stored, so rain pours in there along with sandwich bags and soda cans, then drains down the duct. That's the only way roof tops can leak with structural curbs."

We have the expertise, experience and resources to undertake the architectural needs of projects large and small from throughout the entire United States of America.

The quality of our systems are the very reason we exist. It is just as important today as it was when we started that our roof curbs be designed to withstand the elements.

Our focus is always on achieving the very highest levels of customer service and we go to great lengths to ensure our clients receive a prompt, friendly and efficient service.

We Make a Difference for You

We work to make sure Engineers and Architects deliver watertight roof system solutions everytime.
Contact Us